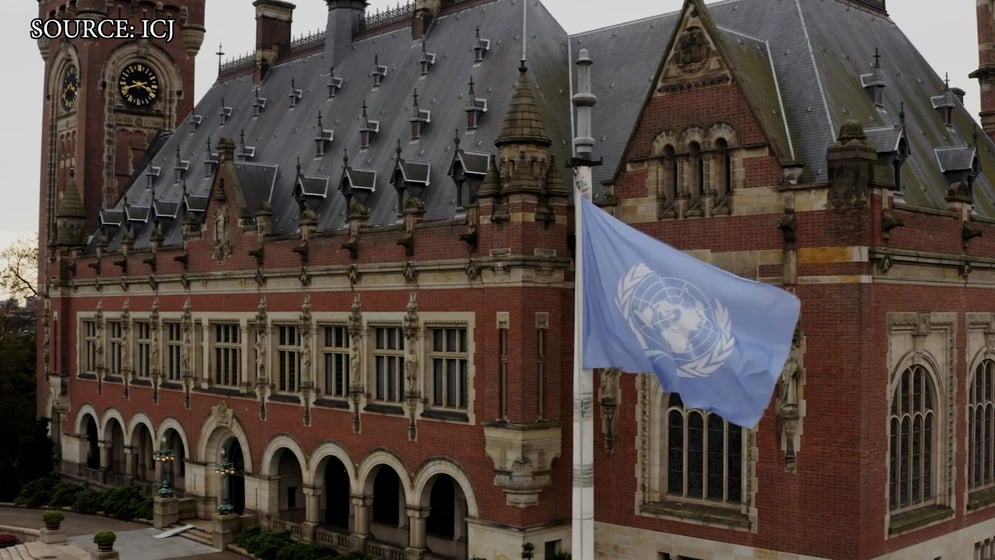 WASHINGTON, D.C. - Ukraine is pulling out all the stops trying to get Russia to end their invasion and attacks. They’ve had to use military force, used public campaigns, asked for help with world leaders and even taking Russia to court.

In The Hague, Netherlands is the International Court of Justice (ICJ). It’s the world's highest court and the global law of the land. It’s similar to what the Supreme Court is to the U.S.

“The whole purpose of the International Court of Justice is to adjudicate problems between states and also to create law that will then result in there have been less confrontations among states in the future,” said Todd Belt, Director of Political Management at George Washington University.

According to ICJ court documents, Ukraine filed a case against Russia after Russia invaded in late February. Documents said Ukraine argues that Moscow’s justification for the invasion was that the Russians were acting to prevent genocide in eastern Ukraine. Ukraine said these claims are false and unfounded. In a recent 13- 2 vote, the ICJ sided with Ukraine and ordered Russia to immediately halt their military operations in Ukraine. The Court said it was “profoundly concerned” by Moscow's use of force.

But even with this ruling, Belt explains the ICJ lacks enforcement on making sure states comply with the ICJ rulings.

“Three quarters of their judgments have resulted in people complying with the results,” said Belt. “Which is really where the weak side is in international relations is that it has to be voluntary that states will volunteer. We may remember in 1986 when Nicaragua was sued the United States in the International Court of Justice for mining the harbors. The United States just ignored the ICJ judgment; So states can ignore them.

In this case, experts believe Russia will ignore this ICJ’s orders.

Following the ICJ ruling, Ukraine’s President Volodymyr Zelenskyy called the ruling a “complete victory” for Ukraine and Tweeted, saying in part: “Russia must comply immediately. Ignoring the order will isolate Russia even further”.