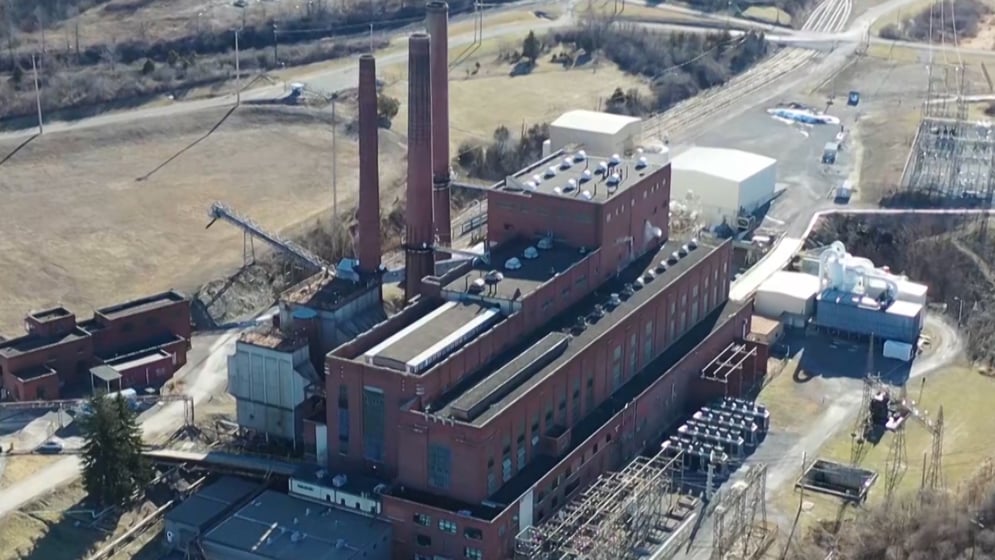 YATES COUNTY, NY (WENY) -- A Supreme Court judge in Yates County has dismissed a motion for an Article 78 proceeding against Greenidge Generation, the town of Torrey, and the Torrey Planning Board.

The motion was filed by the Sierra Club, Seneca Lake Guardian, Committee to Preserve the Finger Lakes, along with a number of individuals , seeking a preliminary injunction to halt Greenidge's planned expansion of its Bitcoin mining operation at its facility in Dresden, on Seneca Lake.

Greenidge Generation operates a natural gas powered power plant, and a Bitcoin mining facility, with 17,000 miners already in service, with plans to build four new buildings on the property.

Oral arguments on the petition where heard in court in February.

RELATED: Bitcoin Mining Operation at Center of Court Arguments in Yates County
RELATED: Lawsuit Filed Against Town of Torrey, Bitcoin Mining Operation in Yates County
In a ruling dated April 7, Judge Daniel Doyle wrote that "petitioners have failed to establish that they would suffer an environmental injury different from that suffered by the general public." The judge wrote that none of the petitioners live closer than 2,000 feet to the project, and that they do not have standing to challenge the Torrey Planning Board's site approval and SEQRA negative declaration.

The court ruled that the Torrey Planning Board took the required steps before issuing the negative declaration, and assessed any possible environmental impacts of the project, identified areas of concern, and addressed the areas of possible concern.

In his judgment, Judge Doyle granted a motion denied the motion for the preliminary injunction, and dismissed an amended petition.

"The Judge rejected every claim they’ve made, confirming they’ve been lying to the public, the state and the community of the Finger Lakes for a very long time,” said Dale Irwin, President of Greenidge Generation. “He could not have said it more clearly – ‘the project would not impact the air or water of Seneca Lake’. The project is another significant investment in Yates County, allowing us to continue to create good-paying jobs and new careers in an emerging, future-focused sector for local residents – and do it within the state’s nation-leading environmental standards.

Various and overlapping opponents have now lost all five legal actions related to the facility and we properly sought and received all necessary approvals to start this project long ago, with Planning Board approval.

Every press release they issue, every attack they levy against the people who work at Greenidge, just like every lawsuit they file, is easily pulled apart once the facts are reviewed, and the court system did so today. It’s been an unbroken record of failure in attempting to use the courts to harm a lawful business and they have wasted taxpayers' money again, as the Judge eviscerated each of their baseless arguments.

This decision shows -- once again -- why nobody should spend a minute listening to the Sierra Club or Seneca Lake Guardian when it comes to the operations at Greenidge, and the amazing Upstate New Yorkers who work here. They lost any and all credibility many years ago.”

Greenidge Generation also has Title V and Title IV air permits up for renewal with the New York State Department of Environmental Conservation. Those permits were issued in 2016, before Greenidge began its Bitcoin mining. Greenidge also operates a  natural gas power plant at the property in Dresden, for which the air permits were initially granted in 2016. A DEC decision on the permit renewals has been delayed to June 30, 2022.

Greenidge's Bitcoin mining operation is also the target of legislation making its way through Albany. A bill working through the legislation would enact a two-year moratorium on proof-of-work authentication methods for blockchain cryptocurrency mining, for operations such as power plants that generate their own electricity using carbon-based fuels.

RELATED: NYS Assembly Committee Advances Cryptocurrency Mining Moratorium Bill
Seneca Lake Guardian responded to the ruling Friday, criticizing the Greenidge project as a preliminary injunction will now not be put in place to keep it from moving forward.

"Greenidge is being rewarded for pressing ahead with construction even in the face of our lawsuit. It's a slap in the face to the $3 billion dollar agritourism industry and its 60,000 jobs, as well as the people of the Finger Lakes, all to make fake money in the middle of a real climate crisis. The ruling, which does not reject the merits of the case, combined with Governor Hochul's repeated failure to make a decision on Greenidge's air permits, is a greenlight to continue wreaking havoc on the environment. We will continue to push the Governor to put New Yorkers ahead of this Connecticut based private equity firm hell bent on climate-killing Bitcoin mining," said Joseph Campbell, president of Seneca Lake Guardian.

While the cryptocurrency mining moratorium makes its way through the legislature, opponents of the practice are calling on Governor Hochul to use her executive authority to enact a moratorium.

To read the judgment, view the document below.