Tioga beat Walton 54-14 on Friday night to win its first home game of the season.

Athens shut out Towanda 34-0 on Friday night to improve to 4-2 on the season.

Horseheads scored 28 points in the first half against Owego on Friday night en route to a 35-12 win. The Blue Raiders travel to East Syracuse next Saturday.

Troy football continued its strong season on Thursday night with a 45-3 win on the road over Wellsboro. The Trojans are now 6-0 and will host Towanda next Friday while Wellsboro drops to 0-6 and will host Wyalusing next Friday.

Elmira beat Vestal 3-0 on Thursday to pick up its second straight win and fourth shutout of the season. Emily Hanrahan scored two goals for the Express. Elmira travels to Ithaca on Saturday. 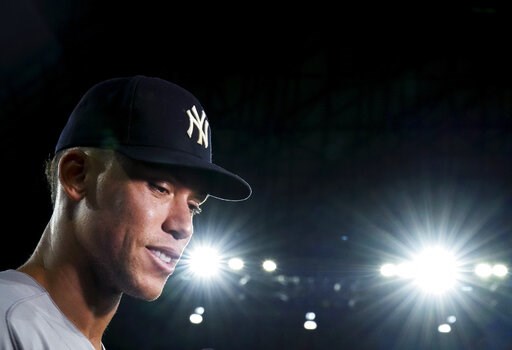 Corning beat Vestal 3 sets to 1 on Wednesday to improve to 6-1 this season in league play. The Hawks won the first set and dropped the second, but came strong in the third and fourth sets. Corning faces Trumansburg tomorrow. 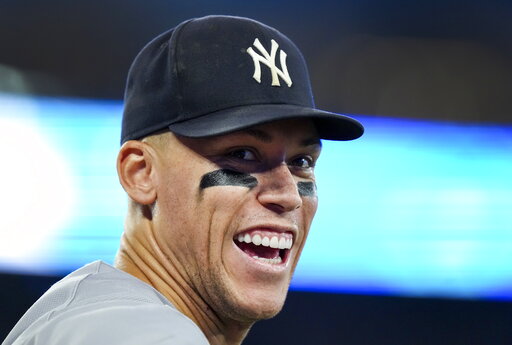 Waverly girls' soccer edged Odessa-Montour in a battle of state-ranked teams Tuesday night, 3-2. The Wolverines improve to 8-0 while the Grizzlies fall to 6-3.

Rivals Hornell and Haverling boys soccer clashed for the first time this season as the Red Raiders shut out the Rams, 3-0. Hornell improves to 8-1 with the win.

ALFRED, N.Y. (WENY) - Corning grad and Alfred University running back, Max Freeman IV earned weekly honors in the Empire 8 on Tuesday as he was named Co-Offensive Player of the Week. The sophomore rushed for a game-high and career-high 274 yards on 33 car

The Athens golf team captured the NTL Title on Monday after winning the league match at Tomasso's Golf Course with a team score of 348. The Wildcats remain unbeaten at 36-0. The District IV Tournament starts Thursday at Williamsport Country Club.

The Waverly boys soccer team tallied their third straight win and improved to 6-3 on Monday with a 2-0 victory over Newark Valley. Griff Schillmoeller scored both goals and Aiden Doherty recorded seven saves for the Wolverines.

The winner of our Play of the Week, brought to you by Alfred State College, is Elmira's Madisen Jones! Jones tallied a big kill in the first set in a matchup against unbeaten Owego.

It was another action-packed slate of football games across the area, including Elmira playing their first game at the new Dick Senko Field at Thomas J. Hurley Athletic Complex. Check out the highlights and scores in Friday's edition of Twin Tiers Footbal

Elmira High School celebrated its official opening of the Dick Senko Field at Thomas J. Hurley Athletic Complex on Friday as the Express hosted Union-Endicott. The Tigers come away with a 37-20 win. Elmira will travel to Rome Free Academy next Friday.

The Schuyler Storm hosted Montrose (PA) in their home opener and Homecoming night on Friday as they win big, 40-8. The Storm remains unbeaten at 4-0. Bradley Gillis rushed for 163 yards and 2 touchdowns while Ryan Willett added 109 yards and 1 TD. 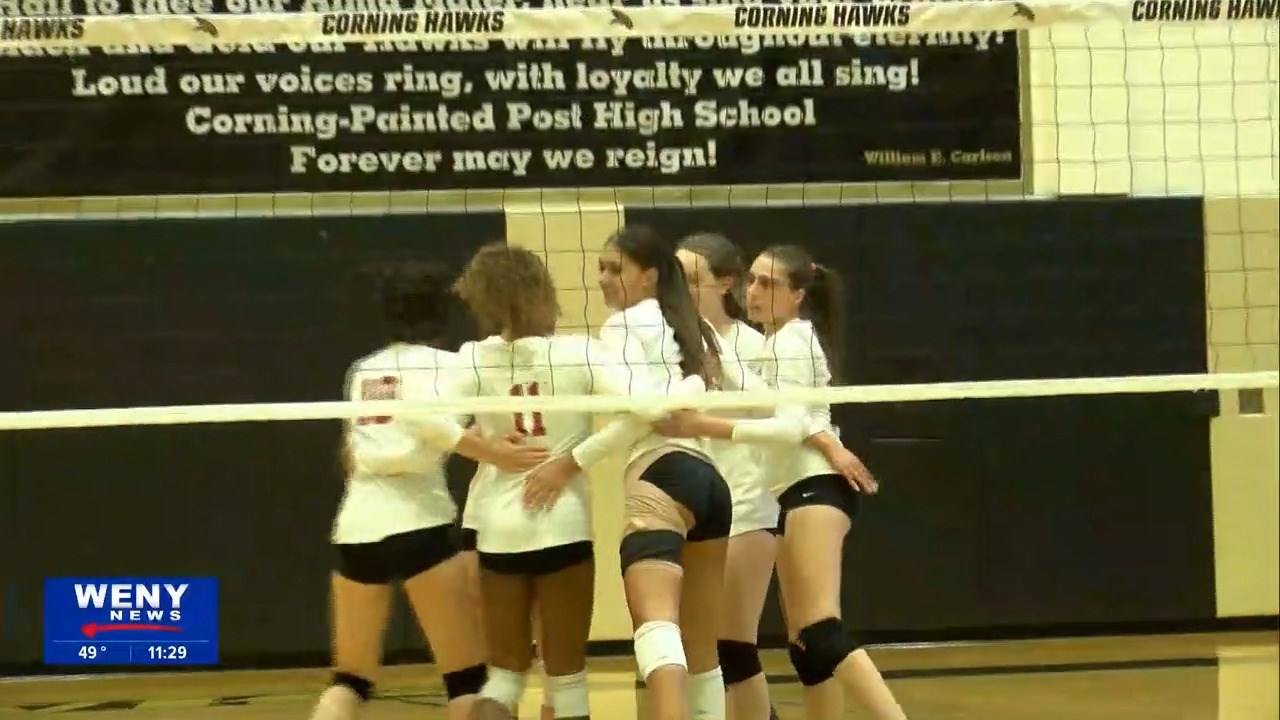 Ithaca beat Corning 3-2 on Thursday night to improve to 5-1 on the season. It is the second straight loss for the Hawks, as they fall to 5-2.
Corning travels to Elmira on Tuesday while the Little Red host Maine Endwell on Thursday. 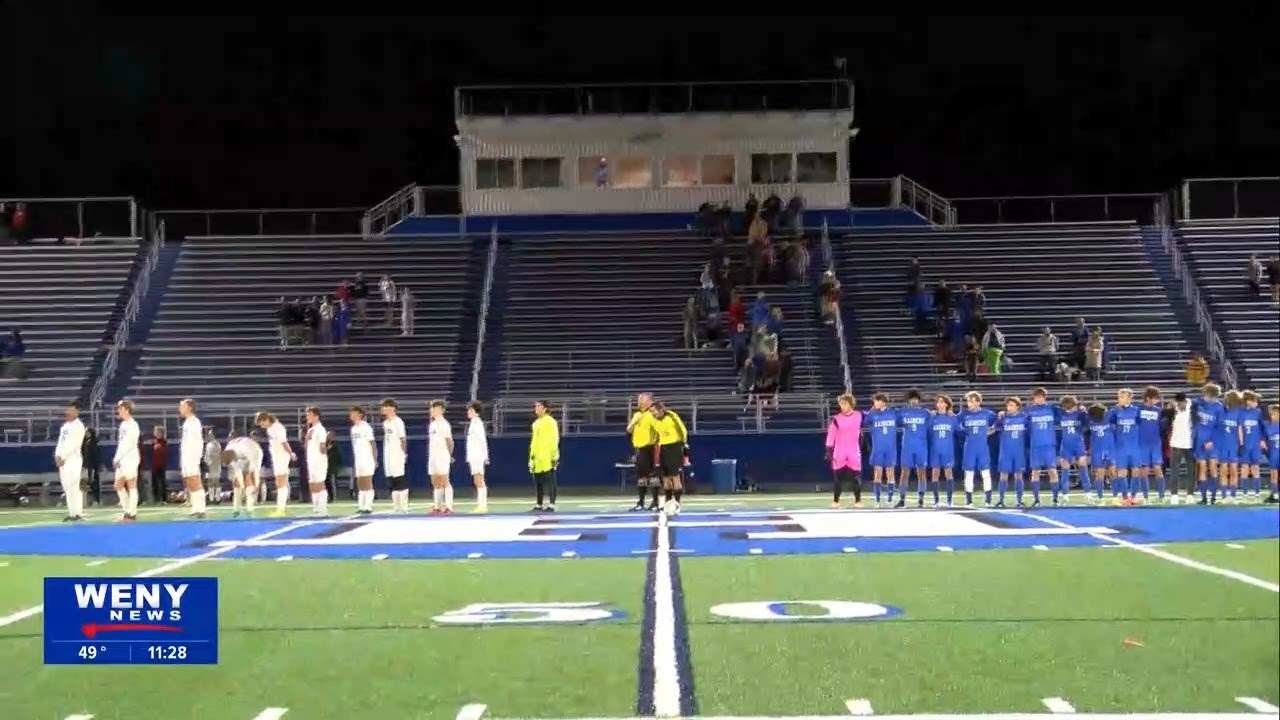 Elmira shut out Horseheads 3-0 on Thursday night to improve to 6-3. The Express beat the Blue Raiders 1-0 earlier in the season.
It is the 6th straight loss for the Blue Raiders, who host Johnson City on Monday. Elmira travels to Vestal on Wednesday. 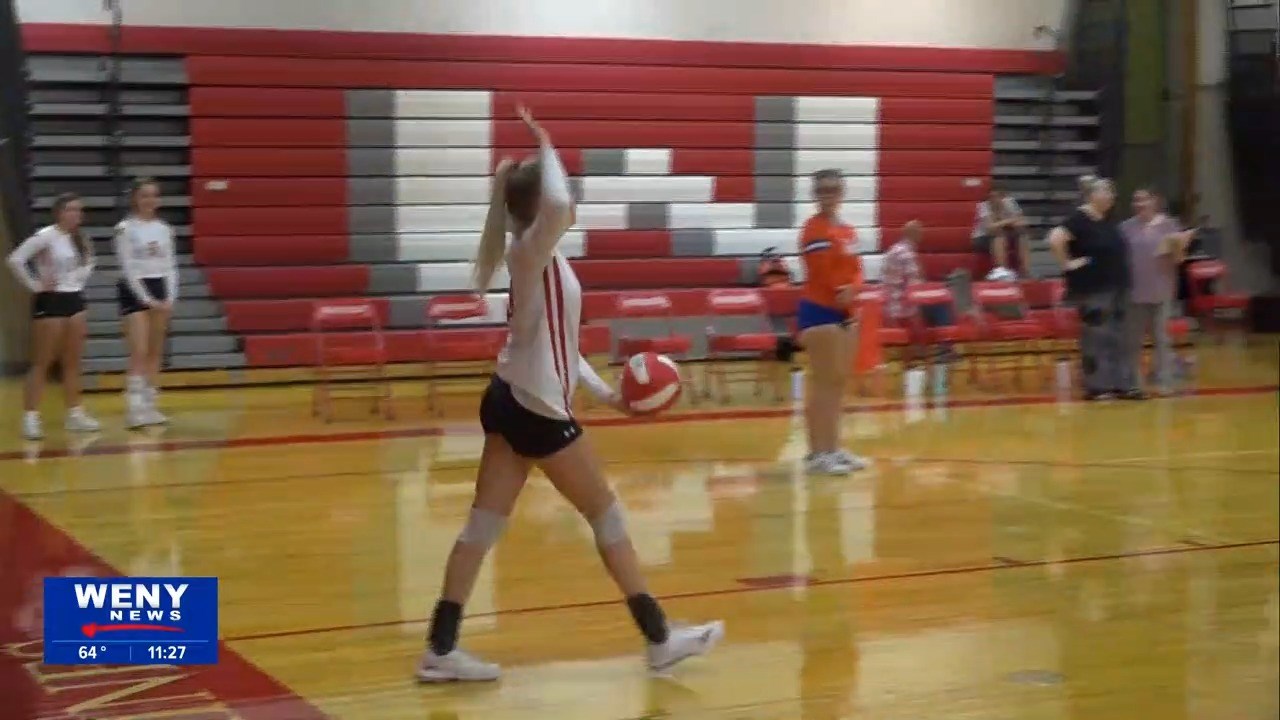 Waverly dropped the first set to Edison on Wednesday night but won the next three to take the match, 3-1. Waverly improves to 5-1 on the season while Edison drops to 3-2. 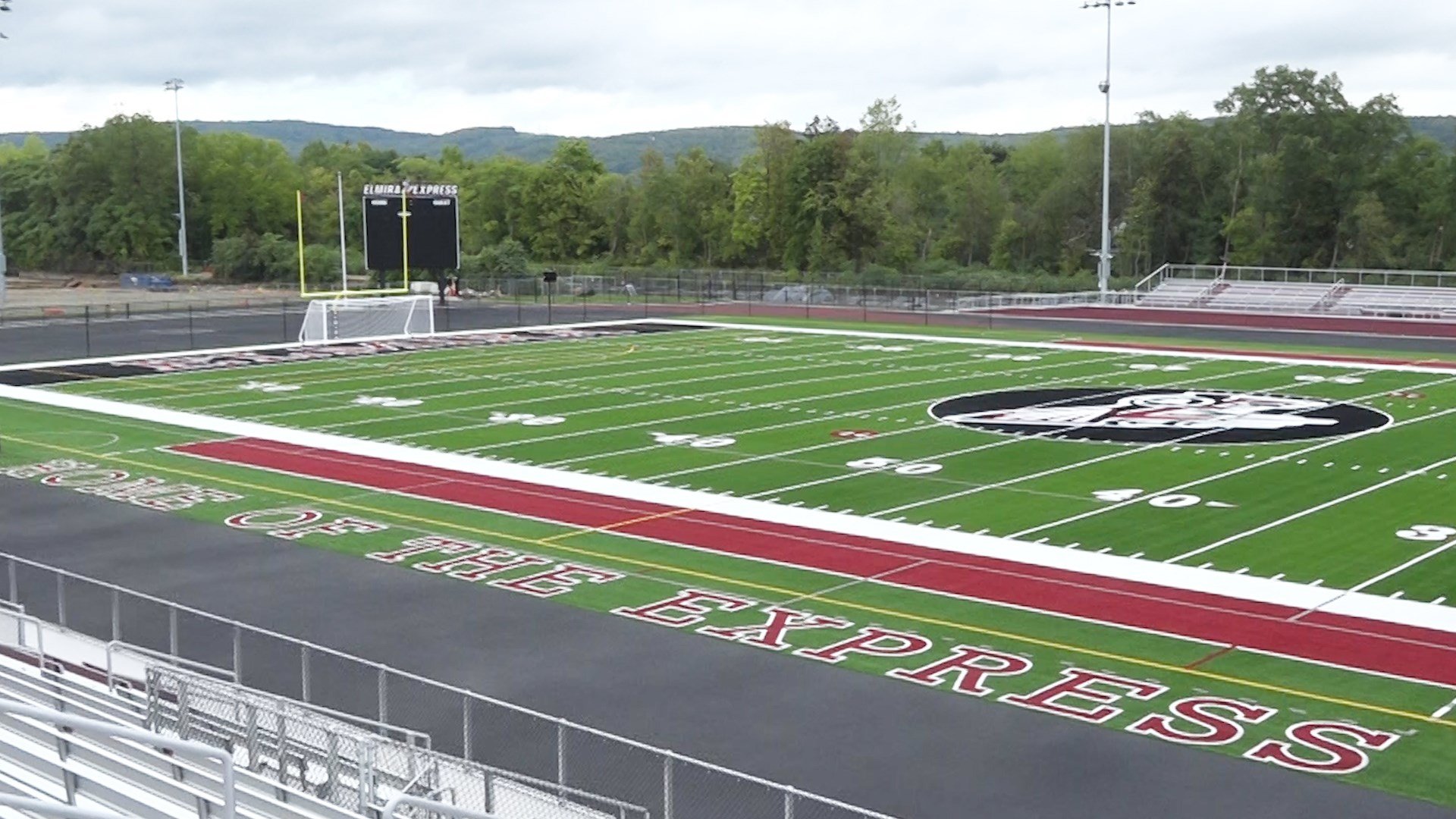 ELMIRA, N.Y. (WENY) - Construction is wrapping up on Elmira High School's new athletic complex, which is set to formally open on Friday night. A ribbon-cutting ceremony will take place during halftime of the homecoming football game between the Elmira Exp The Haverling girls' soccer team continued their strong season as the Rams cruised to a 6-0 win over Letchworth. Natalie Krelie scored a hat trick for the Rams. Haverling improves to 7-0, and the team is scheduled to be home again on Thursday when they host Wellsville at 6:30 PM. Corning and Elmira girls soccer went head-to-head for the first time this season as the Hawks edge the Express, 1-0 in overtime. Sophia ReSue scored the game-winner off a direct kick from Josie Loeber. Rukma Chaudhury had 6 saves for Corning while Olivia Henry had 3 for Elmira. Corning volleyball swept rival Horseheads in straight sets on Tuesday 25-11, 25-20, 25-22. The Hawks are back in action on Wednesday when they travel to NTL leading North Penn-Liberty for a New York vs Pennsylvania matchup. Horseheads is scheduled to travel to Elmira on Thursday. 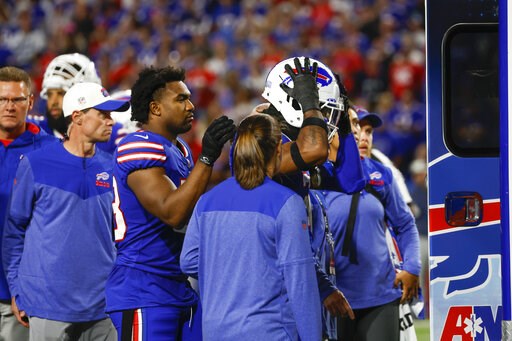 Josh Allen threw four touchdown passes, including three to Stefon Diggs, and the Buffalo Bills rolled past Derrick Henry and the Tennessee Titans 41-7 in their home opener.