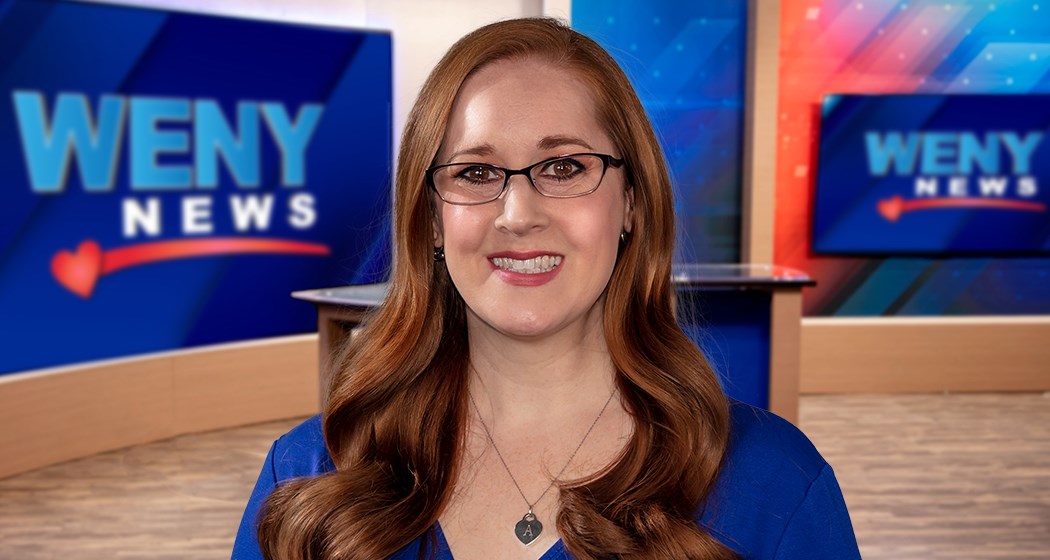 Renata Stiehl is a Twin Tiers native with a passion for local news.

She joined the WENY News team in May 2005.  Over the past several years, she’s worn many hats, working her way up from producer, all the way to News Director, a role she took on in December 2013. She has also served as an anchor for the station since 2008, and currently anchors WENY News at 5:30 and 6. She's also an award-winning journalist and producer, recognized for her work by the New York State Associated Press Broadcasters Association.

Renata grew up in the Northern Tier, graduating from Towanda High School and getting her degree from Mansfield University in Broadcasting.  Before she was hired at WENY, she interned at the station, where she got valuable hands-on experience in reporting and news writing.

What she enjoys the most about local news is having the ability to share what's happening in the communities of the Twin Tiers with the people who live there.

During her time at WENY, Renata has also been involved with several charity organizations, from the local chapter of the American Red Cross, to helping raise money for the Muscular Dystrophy Association, the Children's Miracle Network, and the March of Dimes. Through her work with CMN, she was able to tell the stories of families whose children spent time in the neonatal ICU at Arnot Ogden Medical Center and raise funds to purchase life-saving equipment for babies.

When she’s not working, Renata being enjoys being a mother to her son Andy, spending time with her husband and their dog, reading and exploring the Finger Lakes wine region!