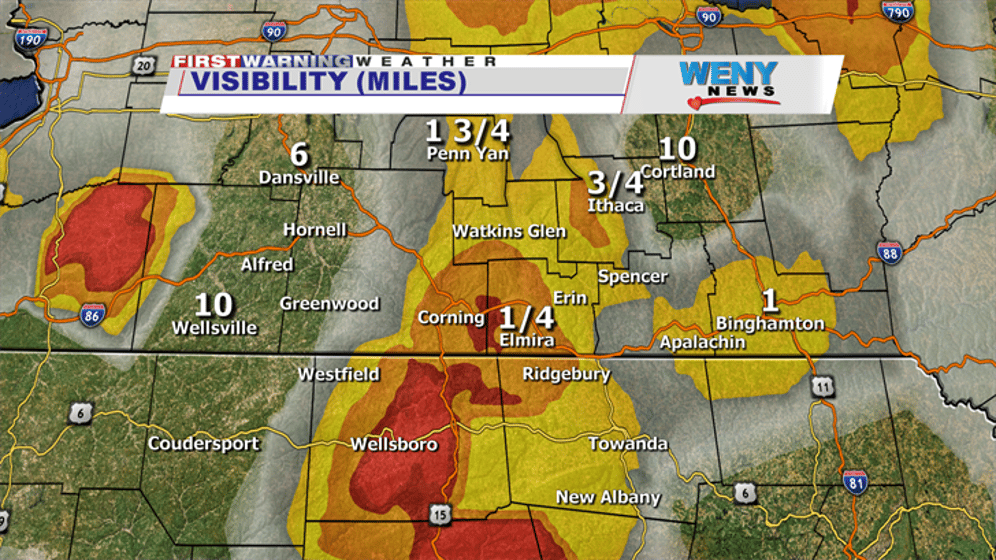 Early bird commuters, if your heading out the door early this morning have the umbrella on hand and be ready for lower visibility. Some roads are covered in dense fog, dropping visibility dramatically. Rain should finish up and fog should lift by mid morning, leaving mostly cloudy sky. Highs have already been established since early this morning, but throughout the day, daytime high temperatures will tap out around 40 degrees and will slowly decrease throughout the afternoon. Expect temperatures to mainly stay into the 30s, feeling noticeably cooler, especially with breezy winds out of the northwest. Sky will gradually be clearing, mainly throughout the overnight, but you cannot rule out a few peaks of sun around dinner time today. Tonight expect cold conditions, with lows dropping into the teens and winds still breezy.