EPD arrests one, searching for second suspect after Monday chase 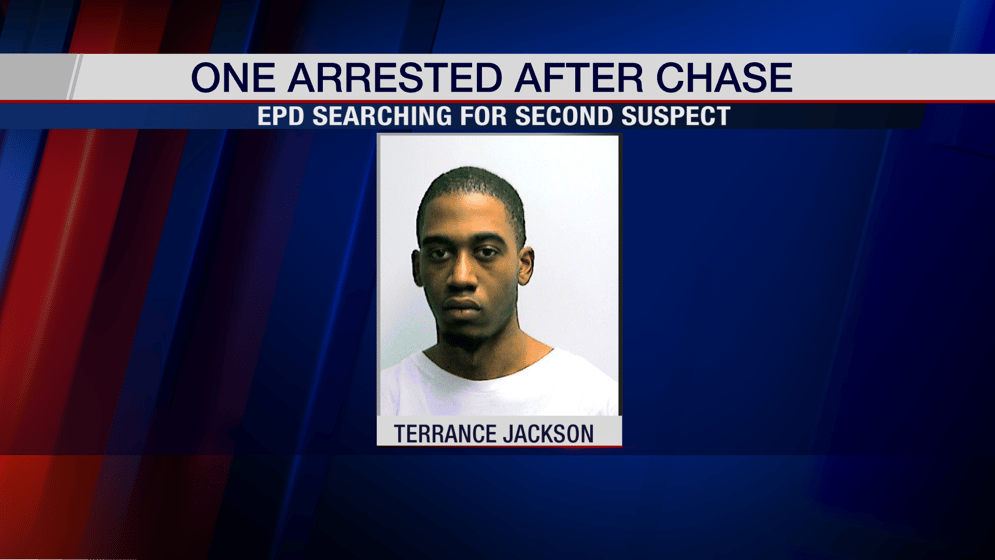 Just before 3:00 p.m., EPD reports officers pulled a car over in the area of Columbia Street and West First Street for a traffic violation. As the officers were walking up to the car, it drove away.

The officers then returned to their patrol call and followed the vehicle to a drive way on College Avenue. Police say it was then the driver and front seat passenger got out of the car and fled.

The driver was arrested and identified as 31-year-old Terrance Jackson.

Police say the passenger was last seen running southwest in the 300 block area of West Church Street. He was described as a black male, approximately 5'7” and 150 pounds with facial hair. He was reportedly wearing gray sweatpants, a blue Under Armour hooded sweatshirt, sneakers and a dark colored knit winter hat with a pom-pom.

Police say a handgun was located inside the vehicle.

Jackson was secured in the Chemung County Jail upon a New York State Parole Detainer.

The investigation is ongoing and charges are pending. Anyone with information about this incident is asked to call EPD at 607-737-5626 or leave a message on the anonymous tip line at 607-271-HALT.