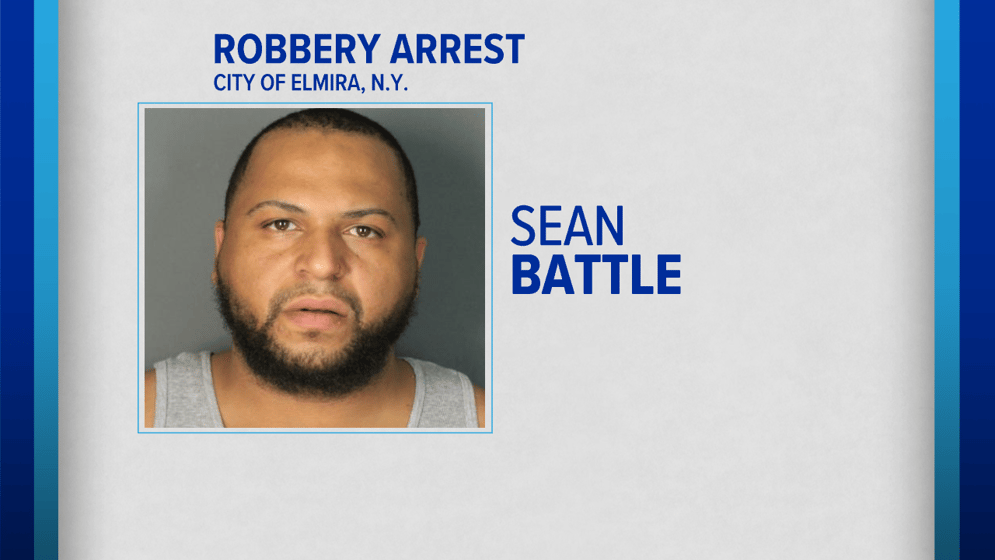 ELMIRA, N.Y. (WENY) -- A man from Hornell was arrested in Elmira after police say he robbed a convenience store early Thursday morning.

Police identified the suspect as 34-year-old Sean Battle. He was charged with robbery, which is a felony.

According to Elmira Police, officers were called out to the 7-Eleven on North Main Street for reports of a robbery around 12:50 a.m. Police say the suspect pulled out a gun, demanded money, and then took off in a car. Police say no one was injured during the course of the robbery.