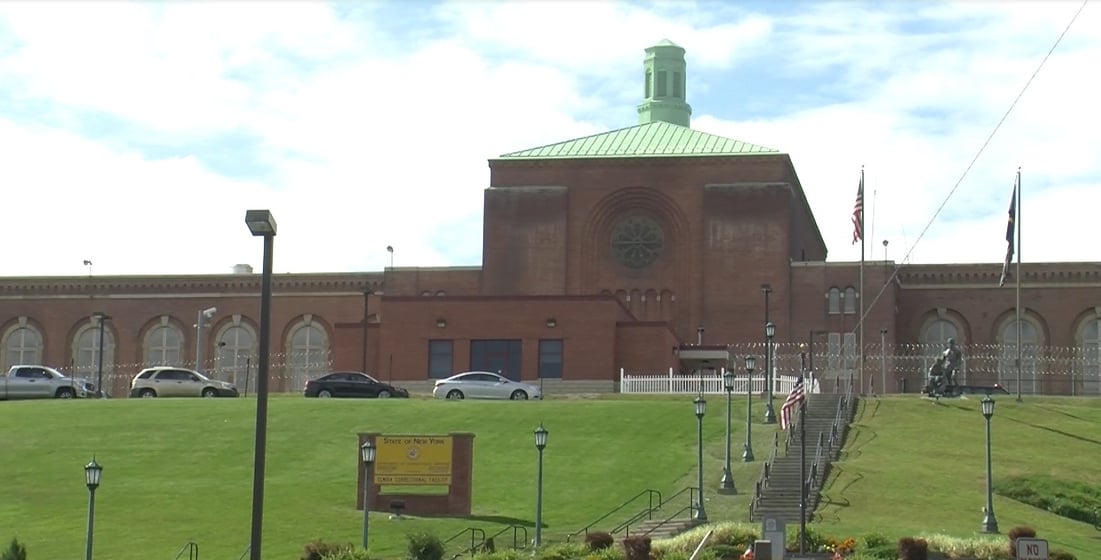 ELMIRA, N.Y. (WENY) - Three officers were injured by an inmate and two inmate on inmate fights occurred over the weekend at the Elmira Correctional Facility.

According to NYSCOPBA, on Saturday, an officer was conducting a search in one of the cell blocks when he observed an inmate swallow something.
The inmate approached the officer and punched him in the right eye.

The officer eventually used pepper spray towards the inmate, grabbed him and forced him to the ground. A second officer assisted in getting handcuffs on the inmate.

NYSCOPBA says that the inmate was placed in an observation cell and once officers removed handcuffs, the inmate struck one of the officers in the face.

Three officers were injured and one of them was brought to a hospital for treatment. The inmate is serving a 25 years to life sentence on a murder conviction. Also on the same day, NYSCOPBA said 17 inmates were involved in a fight in the mess hall during the morning meal.

"Since April 1, assaults on staff have increased by forty percent and the number of injuries to staff that are considered "moderate to severe" has increased by ninety eight percent. The statistics don't lie – the HALT Act has single-handedly made state correctional facilities more violent, and less safe. Inmate on staff and inmate on inmate violence has rapidly increased since the disastrous legislation went into effect. How much violence at Elmira alone within such a short period will it take before any legislator that supported this ridiculous legislation will acknowledge this Act was a failure?"-stated Kenny Gold, NYSCOPBA Western Region Vice President.